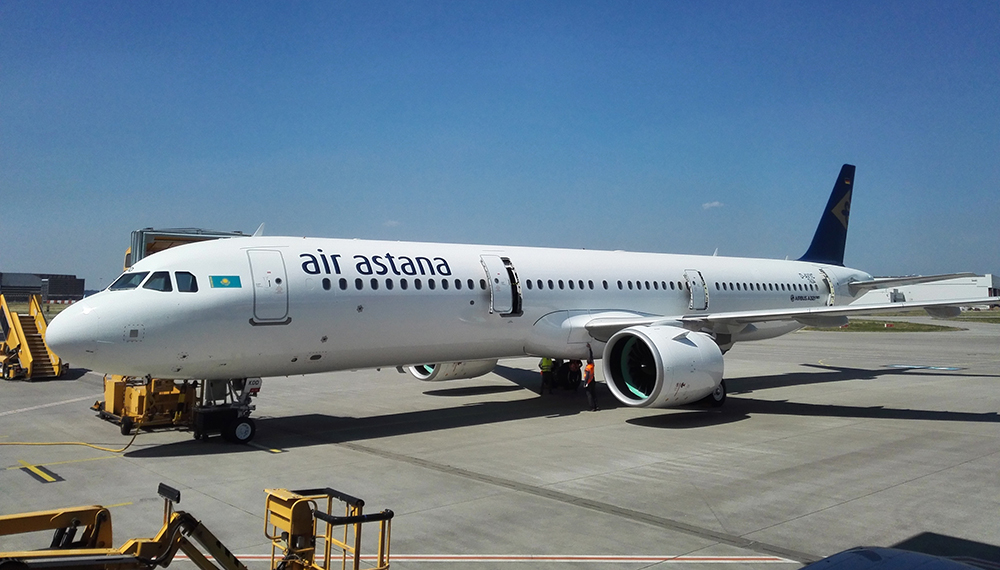 Air Astana recorded a 10% increase in passenger traffic and a 17% uptick in revenues in the first half of the year compared with the corresponding period of 2017.

Between January and June 2018, the airline carried more than two million passengers.

The traffic growth was driven by the strong performance on international passenger traffic that is up 22% compared to the same period in 2017.

International transit traffic in the first half of 2018 grew by 75% to 320,000 passengers on a strong base of 2017. The share of transit passengers reached 30% of Air Astana’s international traffic, up from 21% for the same period last year.

Capacity was bolstered 8% as a result of the introduction of new flights from Astana to Tyumen and Kazan, as well as additional frequencies from Astana to London Heathrow (now daily), Omsk, Dubai, Delhi, and from Almaty to Dushanbe, Baku, Hong Kong, Seoul and Bishkek. Additional services were added to Beijing, Moscow, St. Petersburg and Kiev from both hubs. In addition, on March 26, the airline launched new Atyrau-Frankfurt-Atyrau services.

In March, Air Astana concluded a codeshare agreement with Cathay Pacific, offering passengers convenient connections when travelling on to Asia and Australia via Hong Kong, becoming its 11th codeshare partner.

Air Astana is also continuing with its fleet renewal program. It welcomed three new A321neo aircraft into its fleet as part of a total order for 17 aircraft.

In spring the airline commissioned its Aviation and Technical Center at Astana Airport, which now provides maintenance support to Air Astana’s fleet and intends to provide services for third party airlines flying to Kazakhstan. The facility has been further bolstered with the addition of a new School of Aviation Mechanics, operating under EASA Part 66 License.