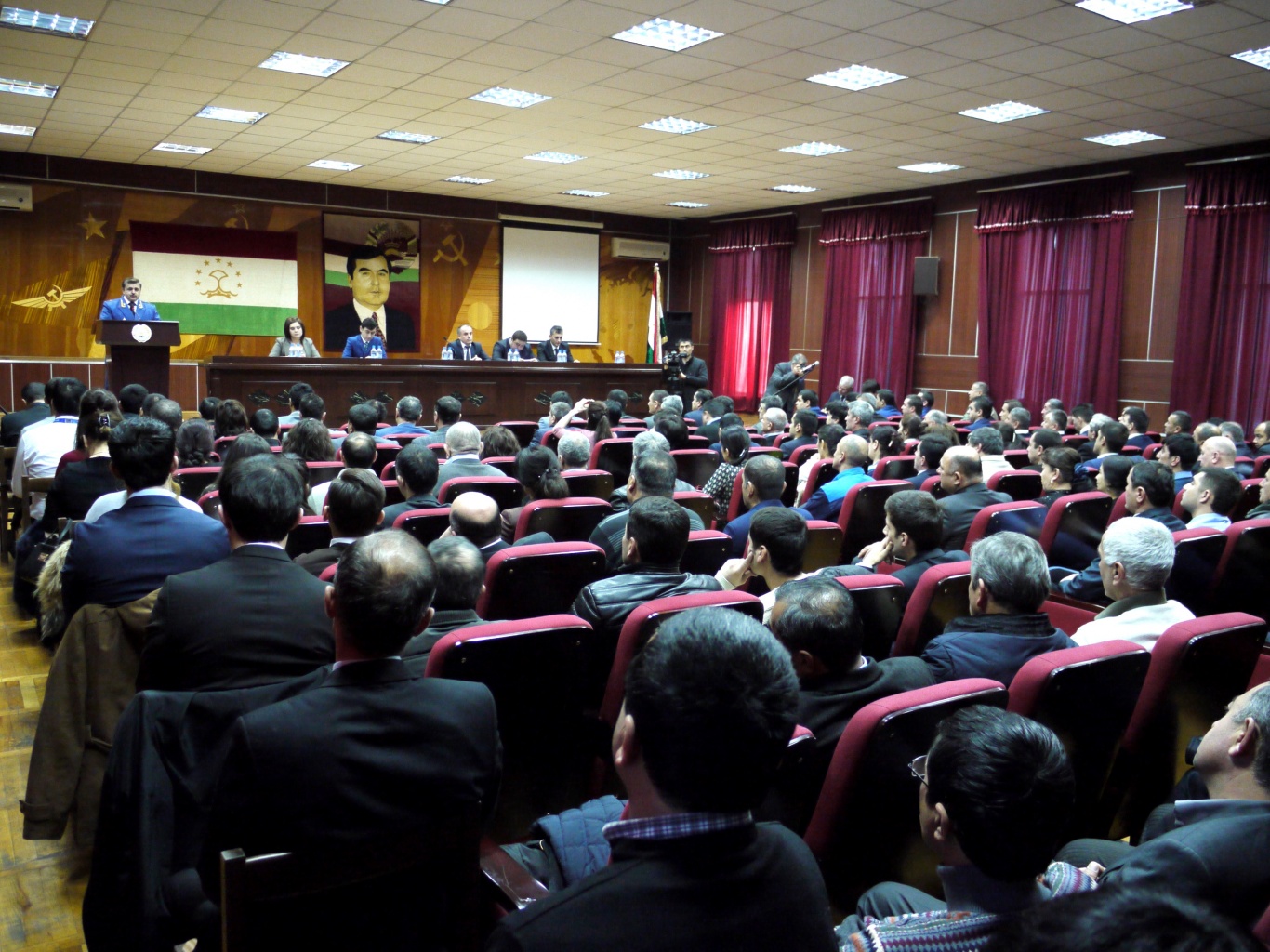 The national air carrier, OJSC “Tajik Air”, operated 1730 paired flights in 2014, the 278 paired flights fewer than in 2013. Share of the OJSC “Tajik Air” in the total volume of air traffic carried out by the domestic airlines accounted for 34.2% and remained at the level of 2013. In 2014, 370.956 passengers made use of the Airline’s services. In 2013, such figure was 367,8 thousand passengers. The Airline carried 350.0 thousand passengers to international destinations, which is 2.0% more than in 2013. On domestic routes, the traffic volume was decreased by 14.7%, the Company transported 20.954 people. At the end of November 2014, the Airline began operation of flights on the route Kurgan-Tube – Moscow with frequency – 3 flights per week and on the route Khujand-Istanbul with frequency – one flight per week. In early December of the last year we resumed regular flights on the route Khujand-Dushanbe-Khujand with frequency – 6 flights per week by the AN-26 aircraft. Last year, the “Tajik Air” aircrafts transported 984.9 tons of mail and cargo, which is 6.9% higher than in 2013. The Airline performed air transportation of passengers and cargo in 2014 by five aircrafts of Western production – two Boeing 757-200, two Boeing 737-400, Boeing 737-300, and by aircrafts of the Soviet and Chinese production, i.e. AN-26, AN-28, MA-60, and by three Mi-8 helicopters. For the reporting period, the OJSC “Tajik Air” operated regular flights to the cities of Russian Federation (Moscow, St. Petersburg, Yekaterinburg, Surgut, Novosibirsk) and also to Kyrgyzstan (Bishkek), Kazakhstan (Almaty), Iran (Tehran), China (Urumqi ), Turkey (Istanbul) and India (New Delhi). Regular flights were operated from the international Khujand Airport to Moscow, St. Petersburg, Novosibirsk, Yekaterinburg and Surgut. The domestic regular flights were operated to Khujand, Khorog and Vanch. Also, for the reporting period, the Company operated the freight air transportation from Mashhad (Iran) to Dushanbe, from Dushanbe to Khujand in Pendjikent. In order to expand the geography of flights, the Company is going to open such flights as Dushanbe-Guangzhou-Dushanbe, Khujand-Urumqi-Khujand in 2015. We concluded and implemented with the “Ural Airlines” Airline the “Agreements on joint commercial operation of the flight” (code-sharing) on the air routes Kulyab-Moscow, Dushanbe-Samara, Dushanbe-St. Petersburg. In 2014, due to the above activity, the Airline made profit of more than $ 1.5 million. For the reporting period, the Airline made arrangements for training of captains-instructors as well as co-pilots for the western-made aircrafts. Simulator training of the crews took place in Baku and in Lithuania. The aviation and technical staff experts also were engaged in the conversion and refresher trainings, and after they received the proficiency certificates they were allowed to perform maintenance of the western-made aircrafts themselves. Last year the Airline spent more than 18 million Somoni for airworthiness support of the aircrafts and their maintenance. Plan of action for 2013-2014 to improve the financial situation of the OJSC “Tajik Air”, approved by the Regulation of the Government of the Republic of Tajikistan on May 2, 2013, №217, is at the finishing stage. For the purposes of the above Plan of action, pursuant to the relevant resolutions of the Government of the Republic of Tajikistan, they wrote off the indebtedness of the OJSC “Tajik Air” against the SUE “Tajikairnavigation”, OJSC “MAX” and of OJSC “MAD” in the amount of 49.9 million Somoni, and debt against the SUE “Tojiksugurta” in the amount of $ 25, 2 million Somoni. In 2014, the OJSC “Tajik Air” remitted taxes to the budget of the country in the amount of 35.9 million Somoni that is 1.2 million Somoni more than in 2013.

• Plan of action preparation to prevent the economic difficulties.
• Looking for appropriate ways to provide repair, maintenance and airworthiness support of the aircrafts.
• Security upgrade and achievement of the flights regularity.
• As far as it possible, renewal and extension of the aircraft fleet and introduction of new and modern technologies.
• Increasing of the flights number and revenue as the result of entering into Agreements on joint commercial operation of the flight (code-sharing) with foreign airlines.
• Reduction of the receivables and payables.
• Preparation of the Program on development of the OJSC “Tajik Air” in the next few years.
• The Company's expenses transfer to the government funding.